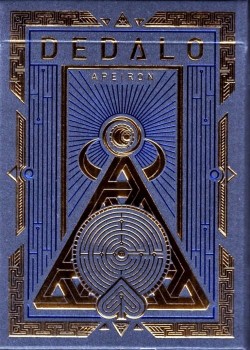 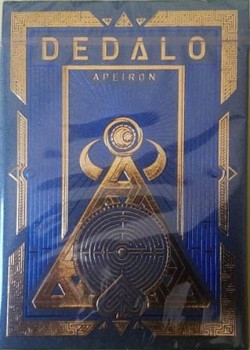 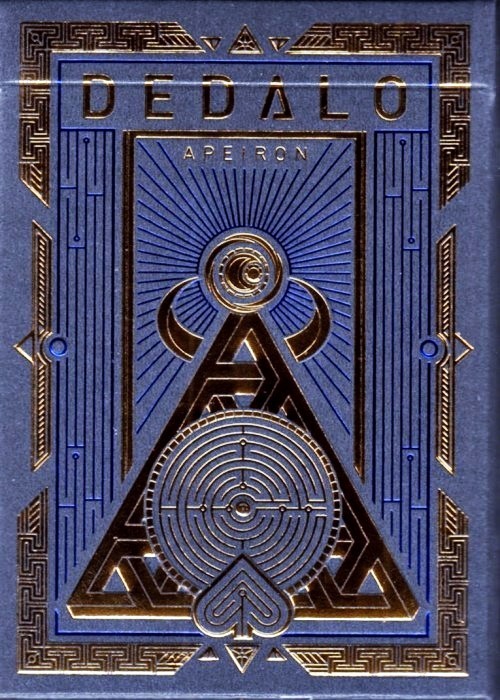 For scans of every image: www.marytcusack.com/maryc/decks/html/Cards/DedaloApeiron.html

Everyone has an immortal spirit, who lives forever. The Prince of Owl has an heroic spirit. Everyone will remember his valor forever. Brave and cruel beyond limits. He's my hero, as well. The Owl King is proud, but scared. His son is risking his life. If he doesn't survive, the depths will take his soul. The Prince of Labyrinth had a short life. But his ambition will be immortal. Not wise, but brave. The King of Labyrinth is a true genius. Everything and everyone is connected to him. Yes, Traveller, he's the one. The Taurus Prince's death caused the war between Taurus and Owl. He was valiant, but another hero clouded his reputation. Taurus King will be furious for eternity. He was the most powerful man, but he couldn't do anything against a Genius and an Hero. His spouse will be forever ashamed. The God of War was watching from a distance. He wanted more violence, but his sister was keeping him busy. Love, or Wisdom? The God of Lightning is the God of Gods. Powerful, crazy and without limits. Many are his sons. The Goddess of Faith was betrayed a lot of times. But she always had vengance. Poison and snakes are her favourite weapon. The Problem was solved. Imprisoned by a genius, betrayed by his sister, killed by an hero. Now his human soul is finally free. The Solution is happy, now. She forgot everything, she stands by the God of Wine. She will be remembered as a Goddess as well.

This particular deck doesn't feature the numbered seal that can be found on Suprema decks that were pledged for by backers during the kickstarter campaign. When Thirdway Industries produces a limited deck there is usually some overproduction (2-300 extra decks usually) that are wrapped without the seal. These are occasionally sold as part of bundles, on special occasions like Black Friday, or upon request for a reduced price.
FULL PAGE INFO 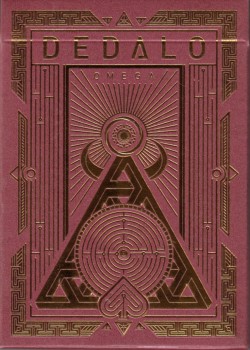 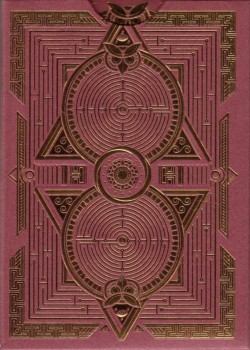 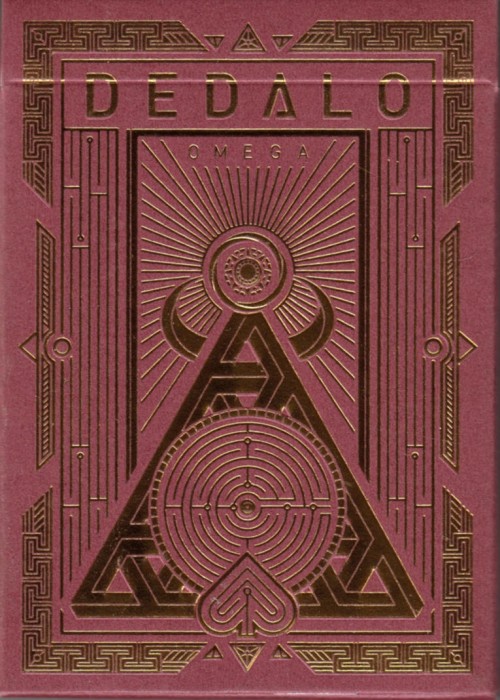 Scans of each card can be seen at http://www.marytcusack.com/maryc/decks/html/Cards/DedaloOmega.html

The problem is solved. The Sun has arisen. Someone is imprisoned in its own Labyrinth. And the hero will betray his Love.

The God of Wine is watching. And he’s having fun. In the end, he will have the Princess. The Goddess of Wisdom is sad. She protects heroes, but she’s disappointed. Too much blood, too much betrayal. The God of Sun is beautiful and hot. He will destroy everyone that will go close to him. The Owl Queen raised her son alone. She told him he’s a son of a King. And if he was the son of a God? The Taurus Royal family lost three sons. Two murdered, one kidnapped. They are preparing for vengance, but it's worthless. She betrayed her brother. Her lover betrayed her. Both of them are suffering, because the same hero. 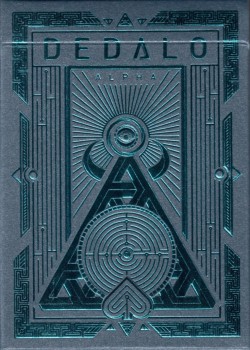 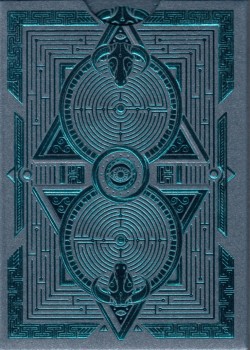 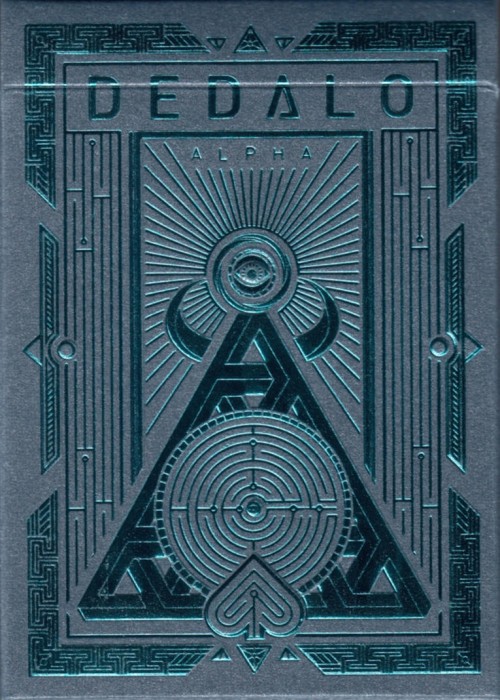 The island of the Taurus. The city of the Owl. A great war...

The Emissary God knows everything. He’s the protector of the travellers. He will may protect you as well?

The God of the Sea is angry. He expected a sacrifice from the Taurus King. His curse will be Love. And the Problem will arise. The Goddess of Love is behind everything. She’s playing a game, and she does not care. She caused the Problem, and she will solve it. The Taurus King is furious. His Queen is unfaithful, his firstborn died. And he has a huge Problem he can’t solve. The Taurus Queen is in love. But she can’t have what she want. The King of the Labyrinth has an idea. The Problem is a Monster who needs blood. Is not his fault. He born that way. Half man, half beast - A huge curse for everyone. The Princess with the Red Thread is the Solution. She’s in love with the man who’ll kill her brother. She will trade his life with betrayal.