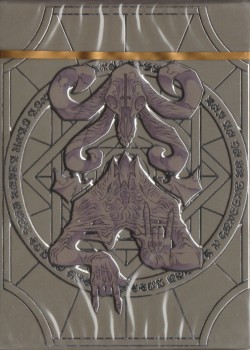 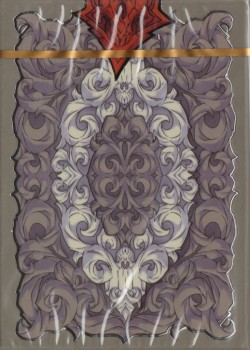 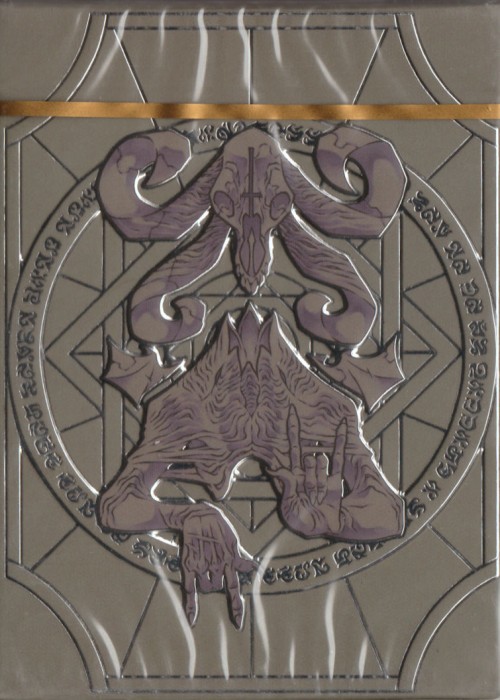 Artwork is created by Noah Whippie - a comic book artist, graphic designer and illustrator. Noah is also an amateur card magician, which means understanding the importance of a well-designed deck. This deck is not his first. He has already published Bicycle Coffin Fodder deck.

Each of the suits represents a different caste of society. The hearts are the clergy, diamonds - merchants, clubs - military, and spades - the working class. That concept is carried over substituting artisans for working class, giving the deck the significance of a "dark zodiac" of sorts. Each of the assets were hand illustrated and then digitally compiled to give it a more traditional feel. The deck reads like a 54-page occult manuscript steeped in otherworldly dark aesthetics.

With an intense focus on Gothic surrealism. The glyphs or "letters" that was used in the designs are stylized "demonic calligraphy", a unique phonetic alphabet - to add character and subtext to the art. The cross symbol is one of Noah’s own design that he often adds to the art as a hidden "second signature" called "the infernal cross". Both decks feature accents of artwork made by applying of metallic silver and golden inks.

The EBON deck is signified by stark shades of ashen grey, giving the figures the look of hewn slate, with silver metallic ink accents and a unique ace of spades.