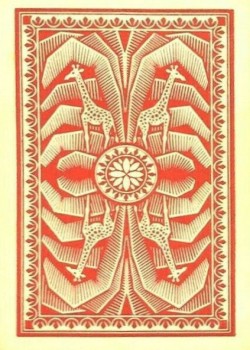 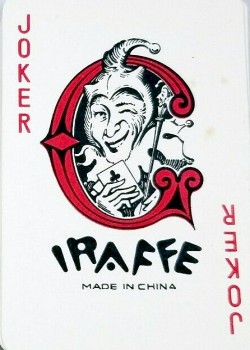 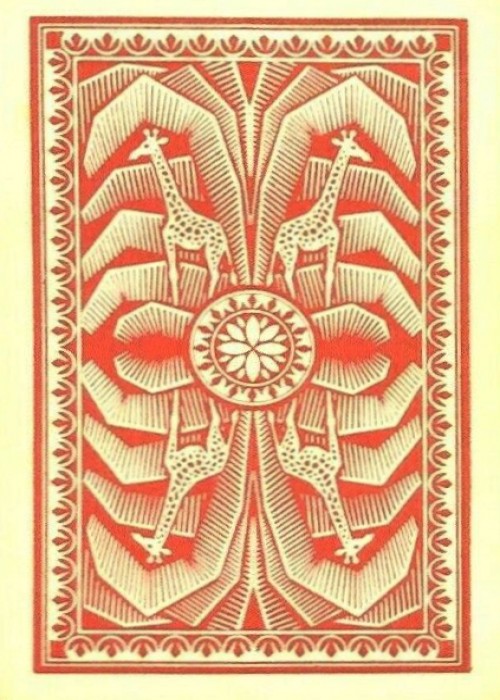 A cheap bridge-sized paper deck without a finish made in China and sold during the 1960s in a twin pack with a blue deck.
FULL PAGE INFO 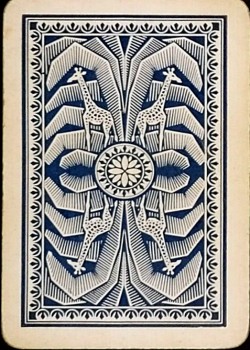 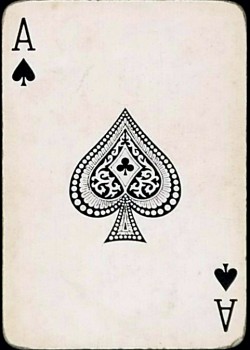 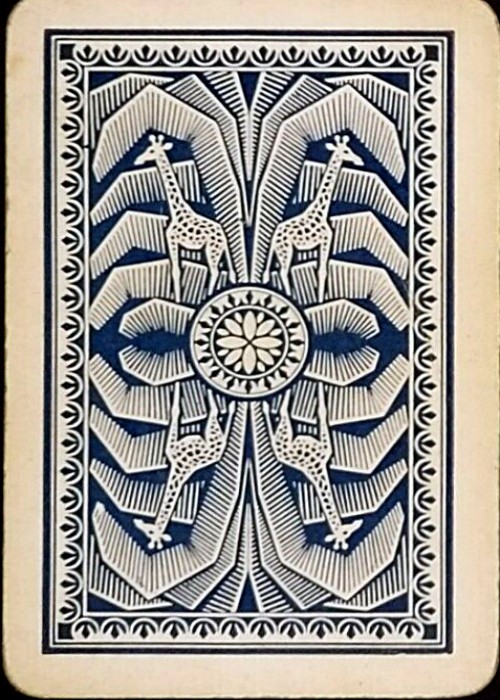 A cheap bridge-sized paper deck without a finish made in China and sold during the 1960s in a twin pack with a red deck.
FULL PAGE INFO 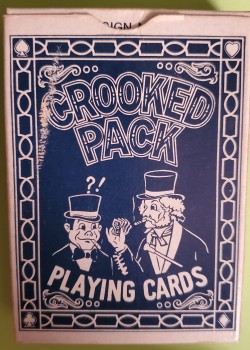 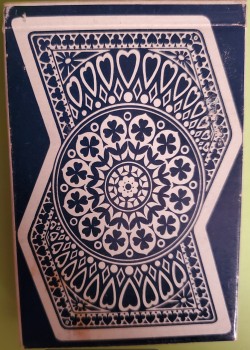 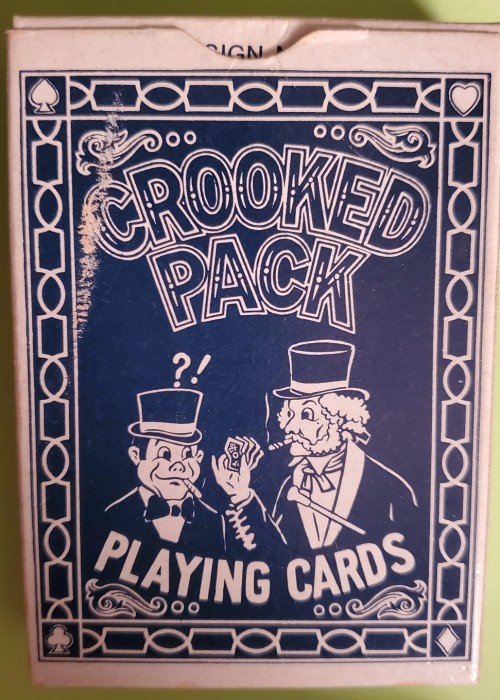 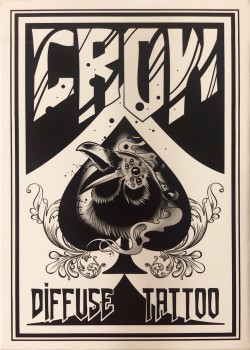 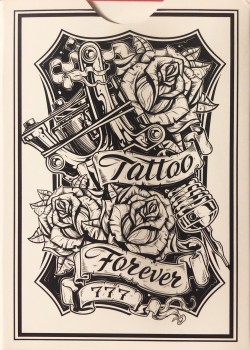 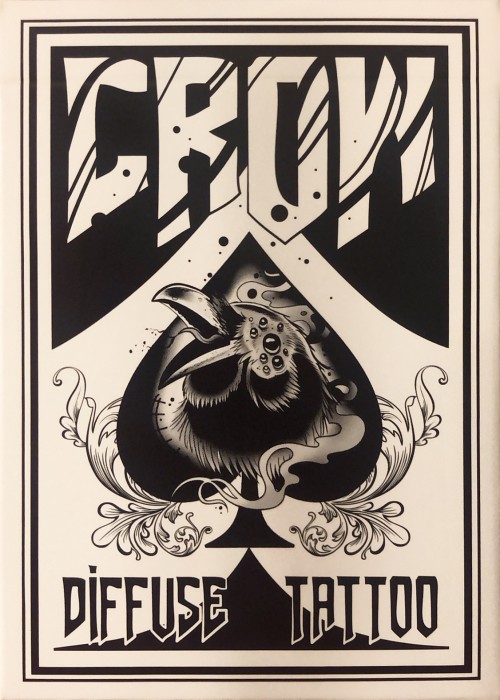 Sold with accompanying pack of 16 temporary crow tattoos of the 12 court cats, the Ace of Spades, the Ace of Spades in greyscale, and the two jokers. There is a photo of these below. The deck has a one-way borderless back, and Magic finish. The advertisement reads as follows:

"This dark and mysterious deck finally came out. It is based on a bird that symbolizes arrogance and freedom. So we named it Crow Playing Cards.

Crow Playing Cards was designed by Diffused Tattoo, using the tattoo elements in the deck. All JQKs, Ace of Spades, and the two Jokers have been redesigned to look beautiful and elegant.

Tattoo represents people's love of beauty and adherence to faith. It provides self-expression and expresses a unique culture. The combination of card and tattoo elements gives the Crow deck a unique personality.

The design of the deck is based on the crow pattern. Before the Tang Dynasty, the crow was an auspicious and prophetic deity in Chinese culture, which can bring good news. In international symbols, the crow is the embodiment of thoughts (Hugin) and memories (Munin), and it can observe everything in the world."