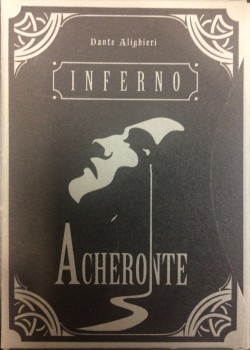 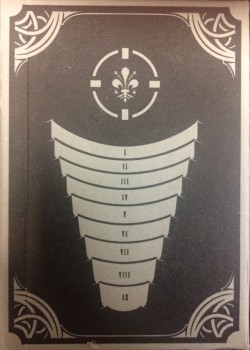 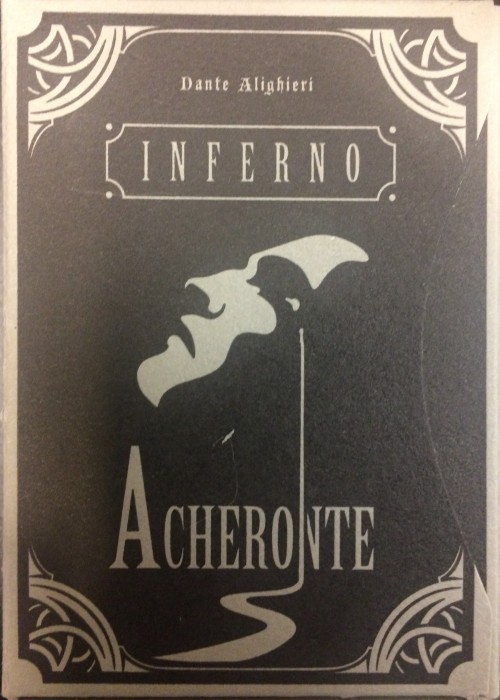 Inferno Acheronte is a novelty created specifically for this project: a double tuck case, that opens like a book and holds respectively, Inferno Dite and Inferno Cocito, The tuck case will be manufactured in Italy by Archivio Tipografico, numbered (250 copies) and signed by the Author: Stefano Protino. Both decks inside are limited edition versions. Dante, following ancient myths, states in the “Divina Commedia” that all of the rivers and waters in hell stem from the tears of an old man’s statue in Greece. Inside the “open book” you’ll find the words used by Dante Alighieri to describe the city of Dis (Dite) and the lake of Cocyto (Cocito).
FULL PAGE INFO 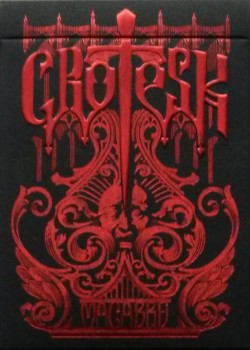 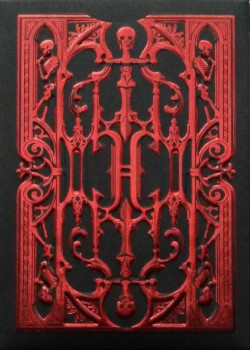 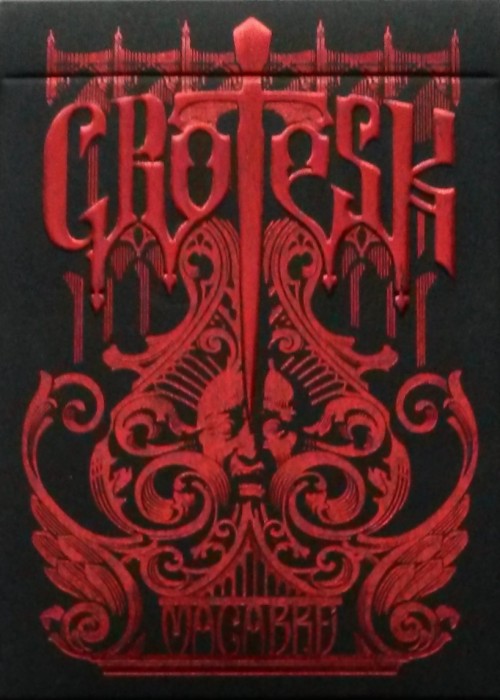 Printed on Black stock, features a flaming red foil for the back and silver metallic ink for the faces.

Tuck case will have a dark black stock, stamped with red foil and having a deep embossing. The inner side of the box will also have red velvet. 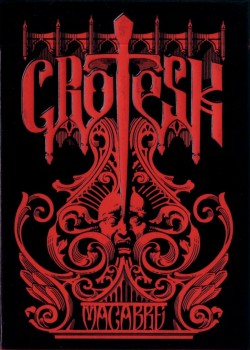 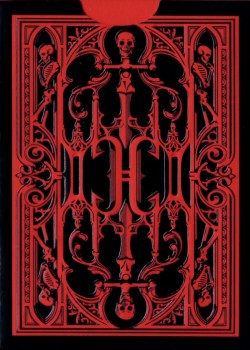 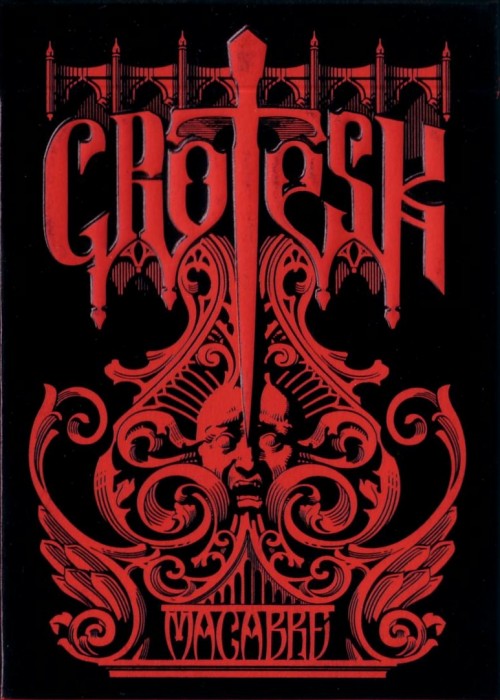 Printed on red stock, with black foil on the back, black and gold foil embellishments for the face cards.
FULL PAGE INFO 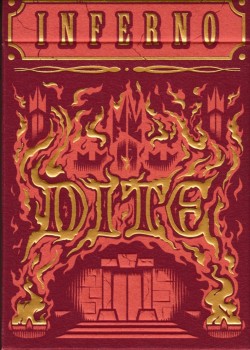 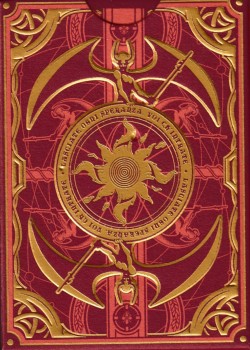 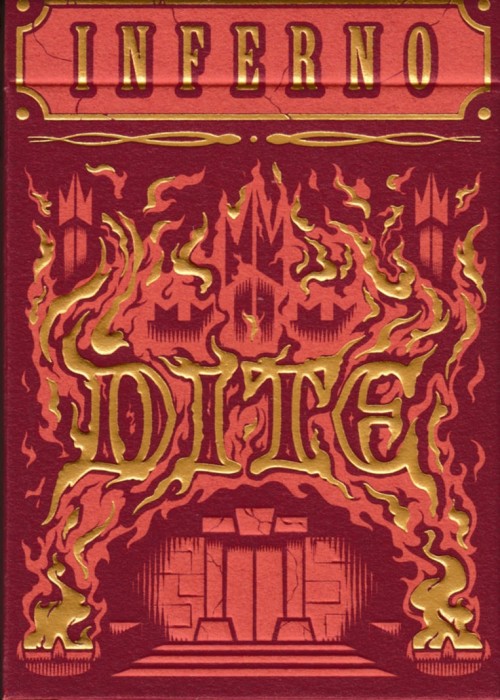 Scans of each card can be seen at www.marytcusack.com/maryc/decks/html/Cards/Inferno.html

Dante Alighieri is the most prominent Italian poet and "La Divina Commedia" (the Divine Comedy) is his masterpiece, representing his vision of afterlife, divided in three reigns: Inferno (hell), Purgatorio (purgatory) and Paradiso (heaven). “La Divina Commedia” also marks the beginning of the Italian language, used in an important piece of literature, replacing the official Latin language. The court cards and the aces represent characters that Dante and Virgilio (the Jokers in Inferno - Dite), his guide, meet during the journey, until they find Lucifer (the Joker in Inferno - Cocito). The red cards show sinner who are damned for passion-related sins, while the black cards portray sinners who used their intelligence to betray and deceive (Dante places the latter much deeper in hell). Here you can find a list of all the characters: Dante, Virgilio, Paolo e Francesca, Ulisse e Diomede, Cerbero, Erinni, Minosse, Semiramide, Minotauro, Malacoda, Taide, Conte Ugolino, Pluto, Cleopatra, Gerione, Arpie, Giasone.
FULL PAGE INFO
CONTINUE WITH FACEBOOK or SIGN UP WITH EMAIL By signing up, I agree to the Terms of Service and Privacy Policy of the site.