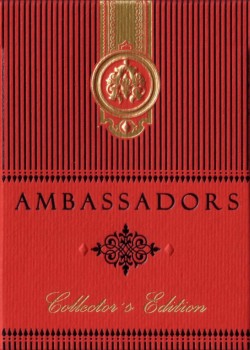 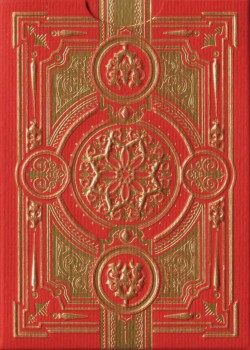 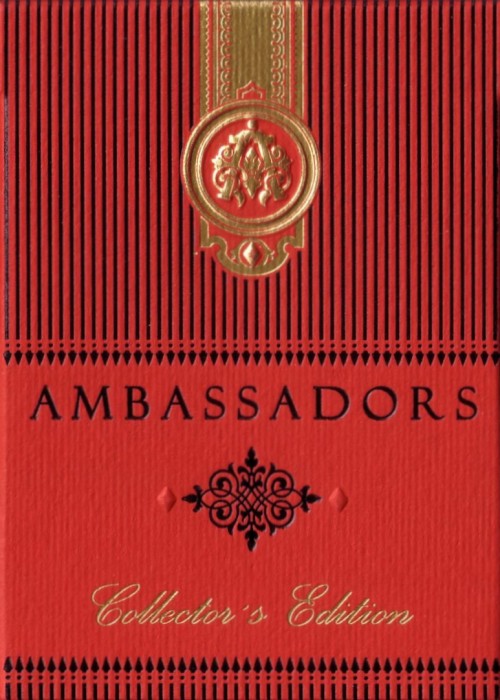 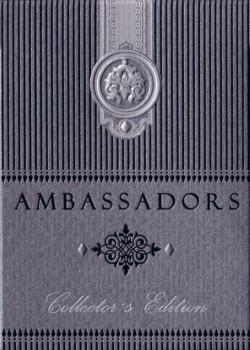 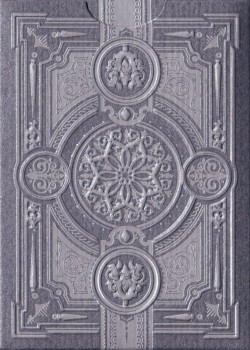 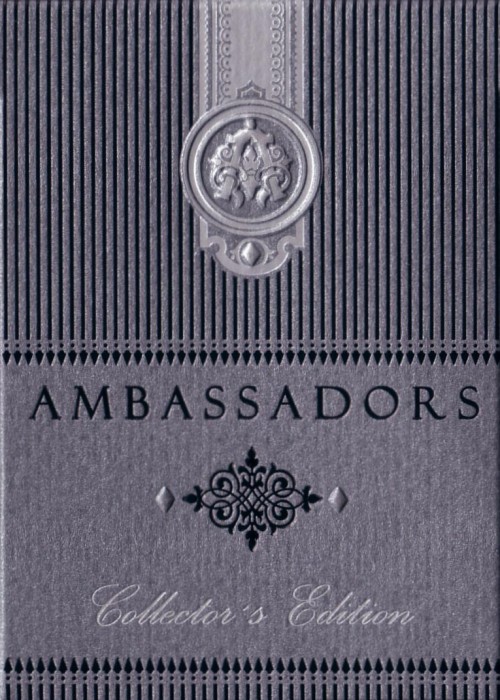 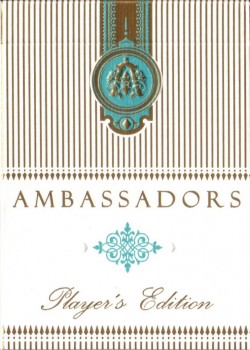 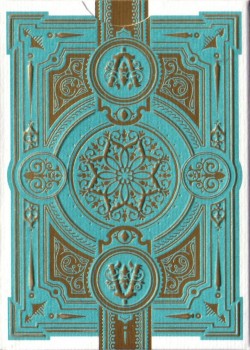 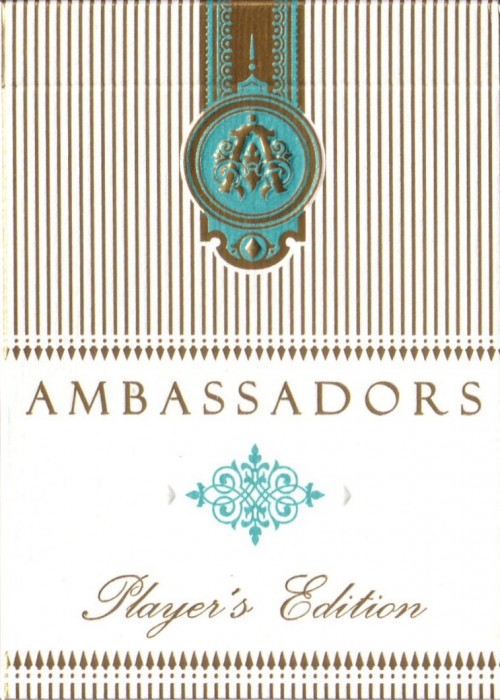 A luxury deck of playing cards designed for the demanding player and cardist. AMBASSADORS Player's Edition is a LIMITED Edition classic looking deck with Lotrek's take on the standard courts and an intricate back design. A deck for the demanding player and collector who wants to combine perfect usability and handling with a classy and elegant touch, Player's Edition is the follow up to the previously released luxurious Collector's Edition.
FULL PAGE INFO 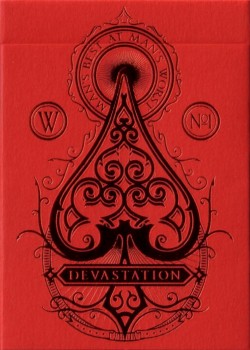 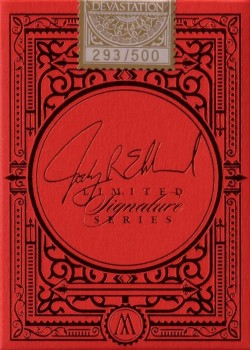 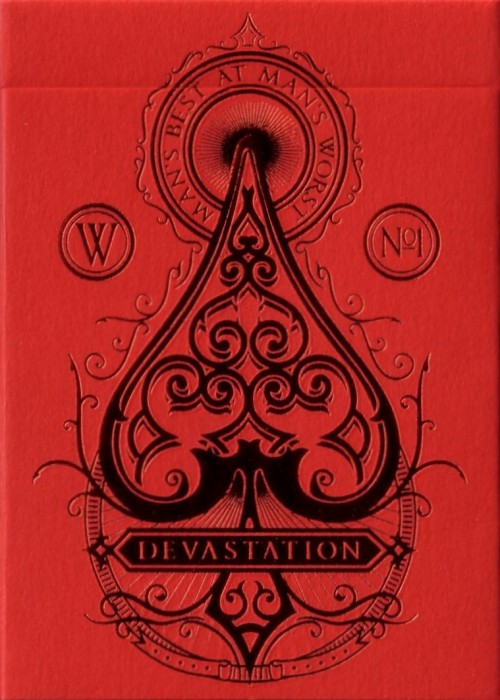 Since the beginning of time, man has sought protection through the creation of weapons. Weapons molded and changed the course of history, destroying civilizations and creating new ones. As enemies became more sophisticated, the weapons of choice became more crafty, cruel and deadly.

The Macedonians became a great civilization due to the introduction of siege weapons. The Romans capitalized on their creations and crafted war as a strategic art ruled by precision.  The Chinese introduced gunpowder  in the  Middle Ages, which lead to a military strategy of propellent-based ordnances.  The art of war and death was screaming forward changing the scope of conquest and World power.

The crown jewel which would open the door to the threat of mass slaughter as a form of deterrent and change the tide of war.... the Atomic Bomb. World wars, dictators, rank and file soldiers would rise and fall on the creation of weapons of devastation.

So, after all the bombs have been dropped and the ashes have settled the question remains...is there any hope?

The Collector's edition will include stunning red foil on a sturdy matte Red tuck with crisp embossing. A great edition to the series that you will not want to pass-up.

Only 500 of the Collector's Edition decks will be numbered! You can add-on as many decks as you would like, but the add-on's will not be numbered. Make sure you get them fast or they will go before you know it!