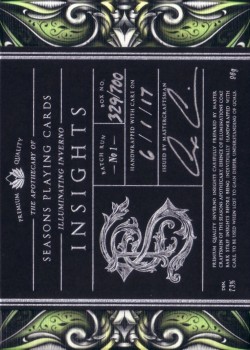 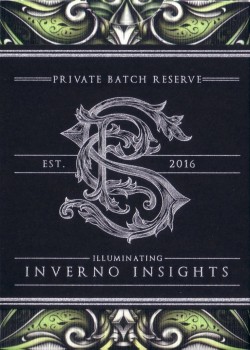 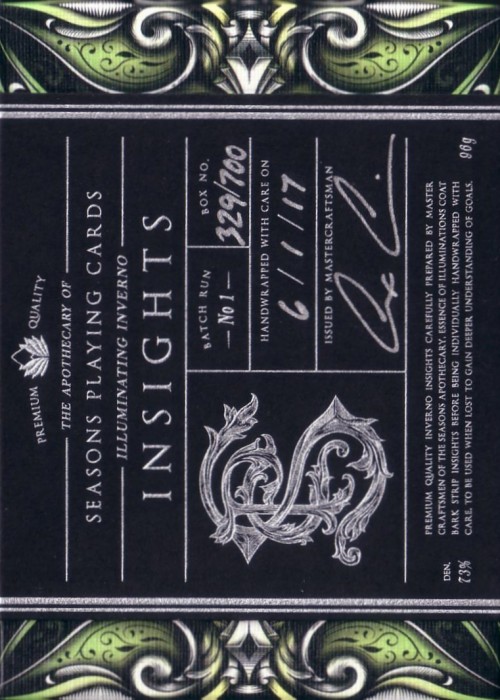 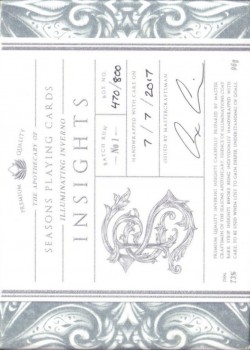 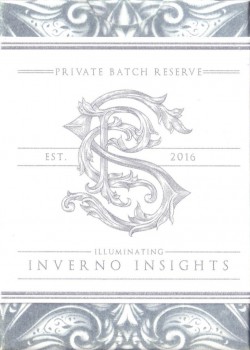 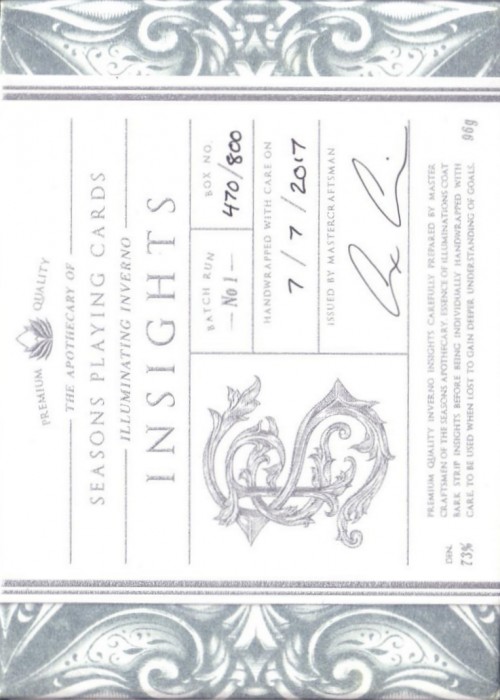 Welcome to the Apothecary...

...where curiosity thrives and inspiration is always at your fingertips. The Apothecary is an homage to the mystical, to the handcrafted, to the detailed, and to the inspirational. It emphasizes the craft of what it takes to create playing cards, embracing the mystery of what we strive for. 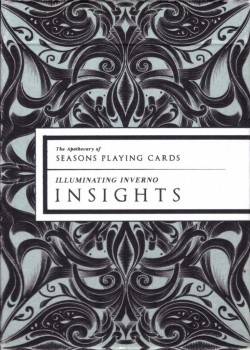 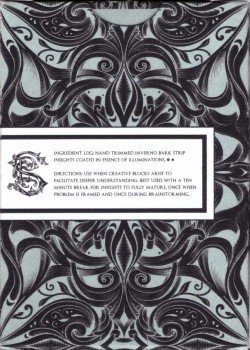 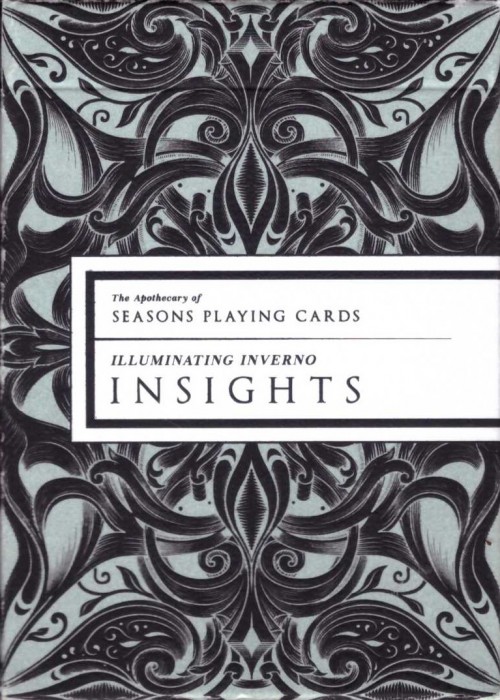 Apothecary Inverno Insights Prototype and Thanks

These decks were test runs from the Apothecary Inverno Insights deck which used a super soft cotton using a non metallic full engraved tuck box. It also used the color changing technology of the production deck, but due to the thicker cotton paper the color change not as responsive in certain conditions.

60 decks were created for both the Inverno Insights and the Primavera Ponderings decks for this proof run.

Alex Chin, of Seasons Playing Cards and Portfolio 52, gilded them in various different colors and signed & numbered them as x/60 for each deck. These decks were/are being sent to reward key contributors at Portfolio 52 and Seasons. Additional decks will be sent out as the points system on Portfolio 52 is updated and contributions can be better calculated.

As a result, these decks are known as the 'Prototype and Thanks' edition and can be identified by the white label (vs black on original decks), the signature & hand numbering inside the tuck and custom gilding color which will vary within each set of 60. Could include known green, but also possibly include gold, silver, red, etc. While originally created in 2016 to prepare for the first Apothecary decks, they were not distributed until starting in 2018. 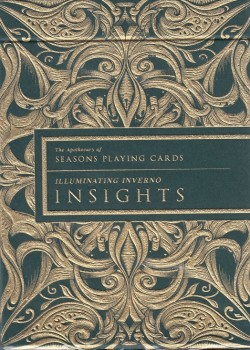 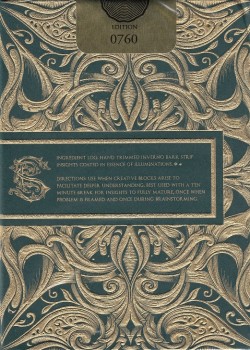 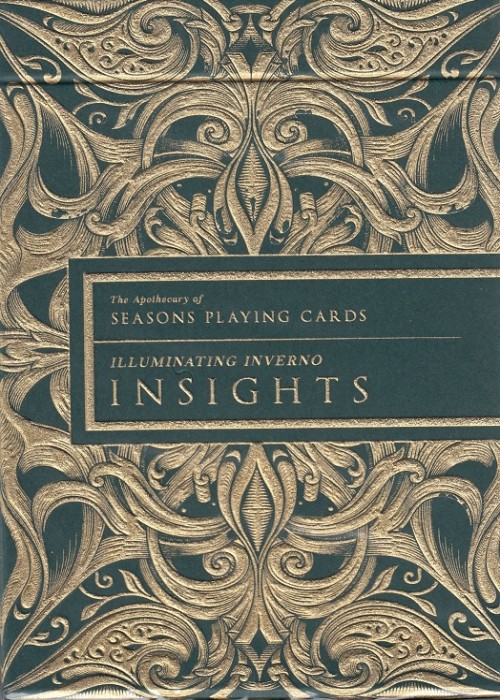 First deck of the Apothecary that started the journey, imagined to its fullest potential. Featuring a beautiful entanglement of nature, this is a Kickstarter exclusive limited edition deck with intaglio gold engraving across the tuck (printed on premium forest green stock). The cards are printed with USPCC on Aristocrat stock with their Magic Finish and hand gilded in emerald green. There was a limit of two per backer.
FULL PAGE INFO
CONTINUE WITH FACEBOOK or SIGN UP WITH EMAIL By signing up, I agree to the Terms of Service and Privacy Policy of the site.