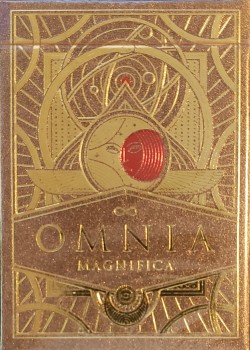 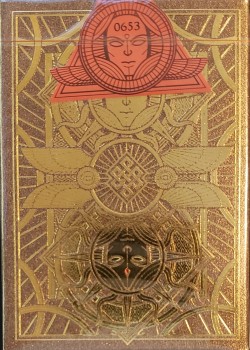 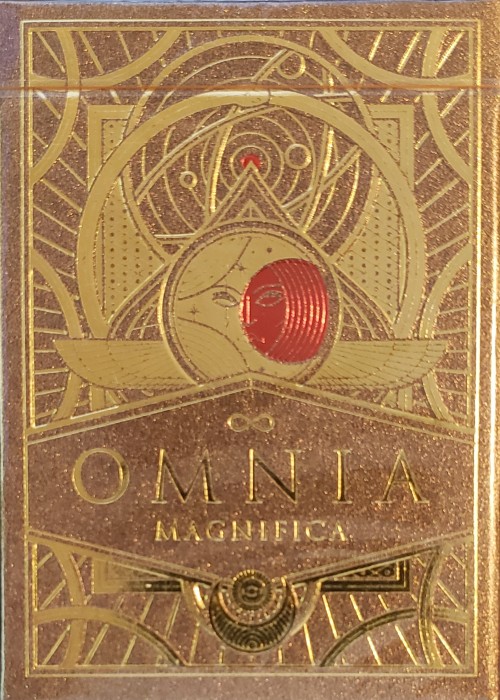 Three new custom decks of the Omnia Series by Thirdway Industries, designed by Giovanni Meroni and proudly printed by Expert Playing Cards Co. with Classic Finish. Based on the ancestors of the first Omnia, these decks will throw you in the Golden Age of the Omnia universe, full of treasures, heroes and war. The legendary, remote past of the Omnia Universe, full of God and Heroes. When everything started. - EPCC Dark brown and gold Stardust Paper tuck box - Double foil on tuck box, Red and Gold - Dark background on faces - 2 metallic inks on faces, bronze and gold - Limited Edition ( < 1000 decks printed ) - Custom numbered seal Magnifica is printed mainly for Kickstarter backers. There are 875 decks available on Kickstarter, and I will use the others for personal use and replacements. If some decks are unsold, I'll put them for sale on my http://www.thirdway.it. website at a very high price. Get them now, you won't regret it. Omnia Magnifica is available only in special rewards who include 2 or more Omnia: The Golden Age "unlimited" decks (Antica, or, if Perduta is unlocked, split between Antica + Perduta). Omnia Magnifica hearts, Egyptian. The King is inspired by a divine Pharaoh. Spades, Persian/Babylonian. The King is inspired by a Sultan. Diamonds, Romans. The Jack is inspired by an epic Gladiator, and the King is an Legatus. Clubs, Greek. The King is a blind Prophet, that can see future. The Jack is his personal guard. Queen of Spades is a warrior of the desert, and needs a cloak to protect herself. The Queen of Clubs is a Phytia, an epic warrior priestess who protect the Island of the Sun. Jokers are very important for this deck. They are Sole, the God of the Sun, and Luna, the Goddess of the Moon. Luna's mask is on the tuck box front and Sole's masks are on the back. The powerful queens of two distant empires in war. I consider Omnia Magnifica as my most baroque deck so far.
FULL PAGE INFO 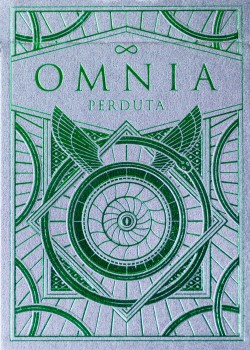 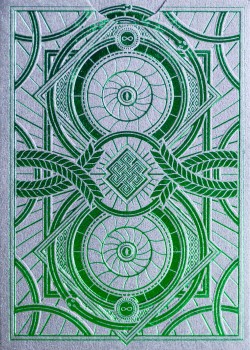 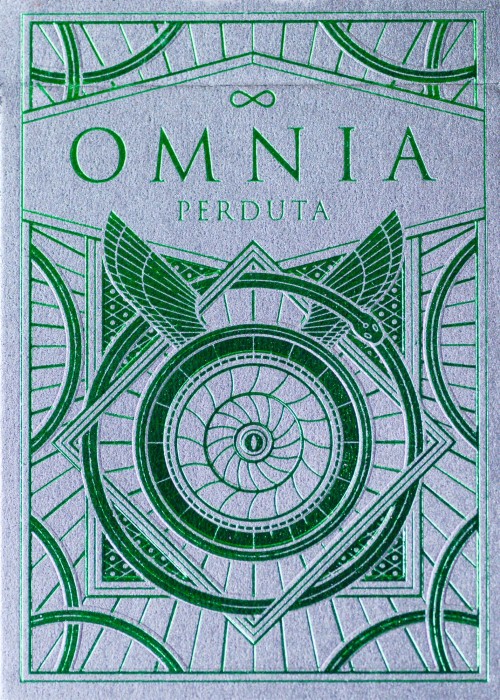 Part of the 3 deck Omnia: The Golden Age series (Antica, Magnifica, Perduta), which was a follow up to the original Omnia series (Oscura, Illumina, Suprema).

Based on the ancestors of the first Omnia, these decks will throw you in the Golden Age of the Omnia universe, full of treasures, heroes and war.

Omnia Perduta is the stretch goal deck of Omnia: The Golden Age and represents an era of war and destruction, when everything collapsed. 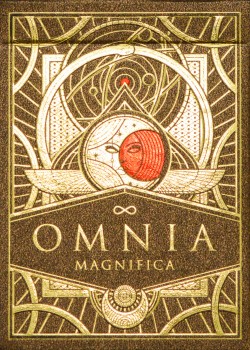 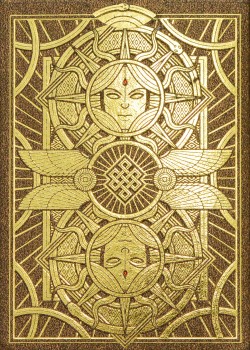 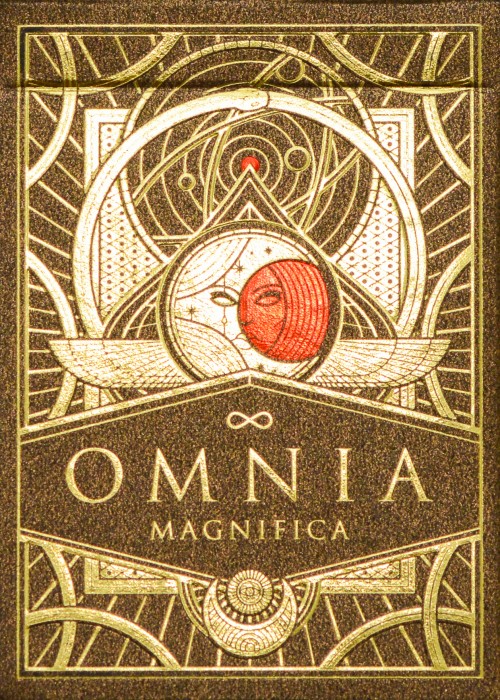 When Thirdway Industries produces a limited deck there is usually some overproduction (2-300 extra decks usually) that are wrapped without the seal. These are occasionally sold as part of bundles, on special occasions like Black Friday, or upon request for a reduced price. 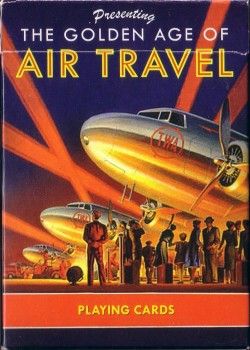 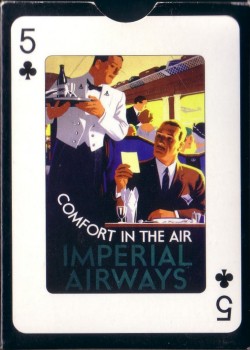 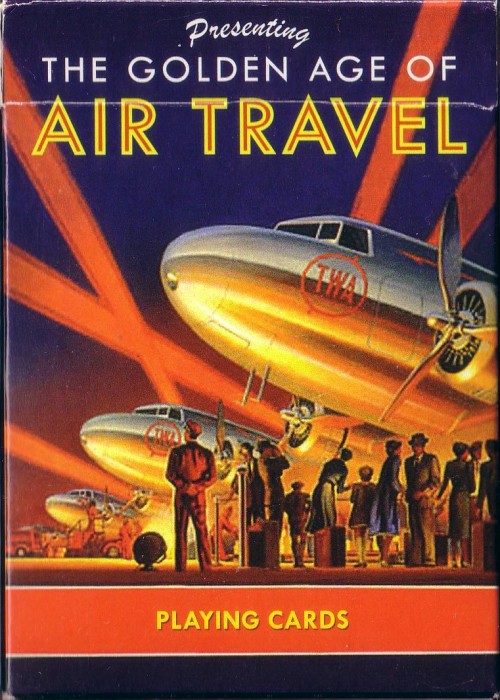 The Golden Age of Air Travel