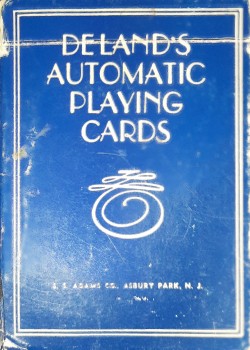 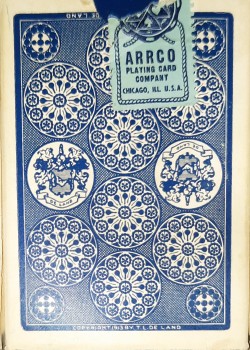 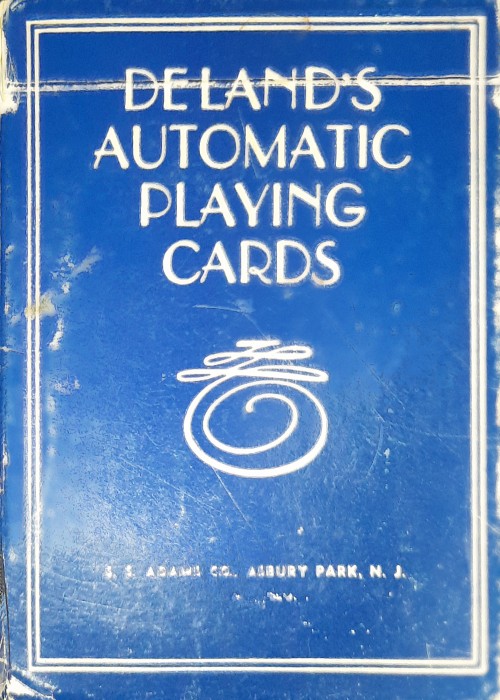 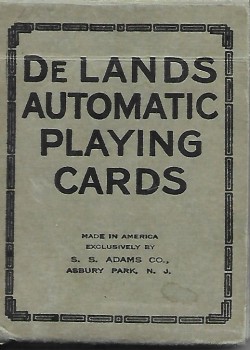 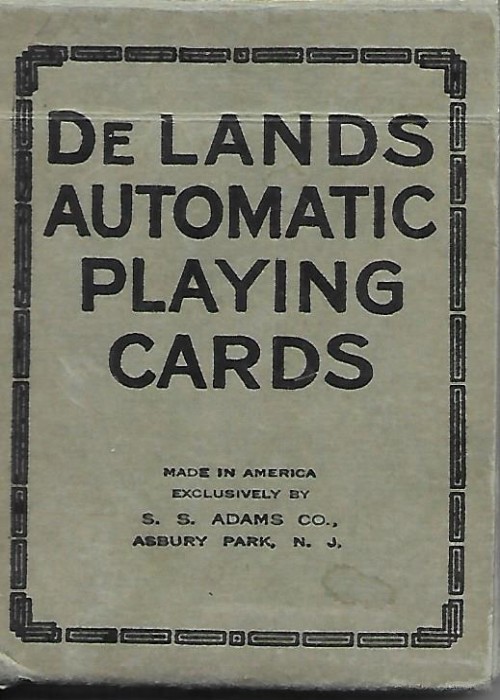 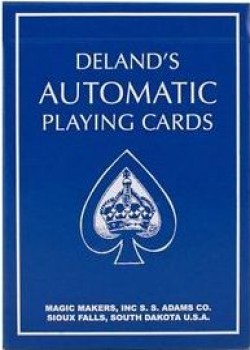 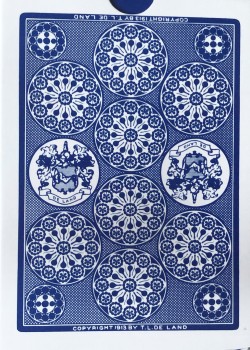 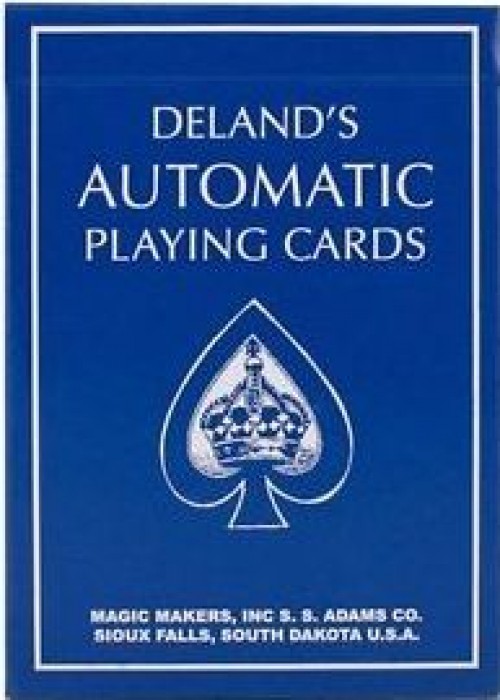 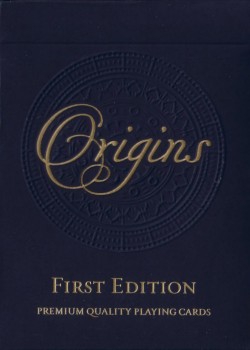 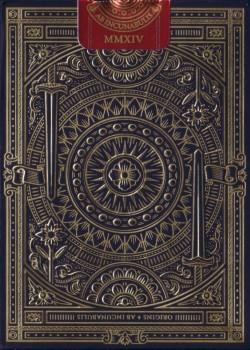 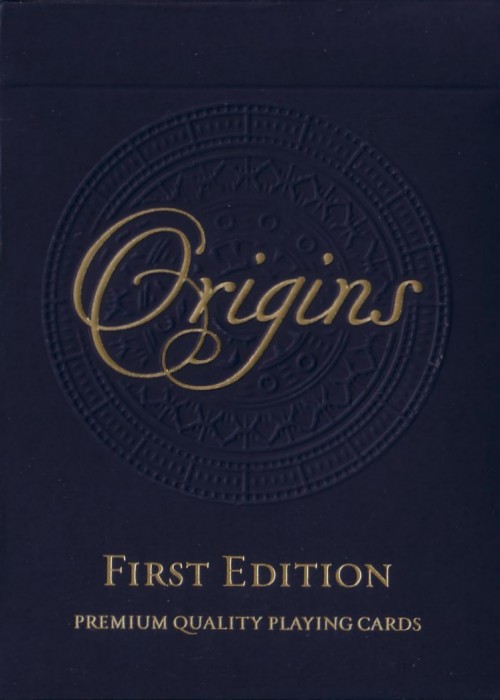 Funded as a Kickstarter project on February 22, 2014 with $69,452 NZD (just over $50k USD) pledged from 1,109 backers, this was a set of two decks consisting of the First Edition (standard blue tuck unlimited deck) and Grail (white tuck limited edition of 2,500 decks), plus 20 very limited commemorative sets in wooden boxes and an uncut version. Both tucks were embossed and hot stamped with gold foil with a custom seal and featured the intricately designed card back image on the back of the tuck.

Designed by Rick Davidson of New Zealand, this deck featured a re-interpretation of the original 15th century face cards from Rouen, France that was the basis for the current standard courts now used on so many common playing card decks. Rick carefully studied many historic cards and prints from this time period (http://originscards.com/archive/) to create his new interpretations, but also occasionally brought in modern day inspirations for facial features, including Charlize Theron for the Queen of Clubs.

The cards were printed on casino quality Bee stock with a magic finish from USPCC with special Q1 quality production. In addition, magician Lee Asher, helped design the gaff card included with the deck that featured the King of Spades and Queen of Hearts.

This PCDB Entry is for the First Edition which was not limited and in the Soft Touch Midnight Blue colored tuck. https://www.kickstarter.com/projects/rickdavidson/origins-playing-cards-inspired-by-history